There are several COB procedures, each with its advantages and disadvantages. On keelboats, there are more options than on dinghies, as you can  incorporate a gybe into the procedure without too much worry.

As in many aspects of sailing, the best procedure can be hotly debated. As Seamus Venecko famously said, "Ask 10 skippers, and you'll get 11 opinions and a fist fight". Personally, I am not religious about this. I have my favorites, both for dinghy and for keelboat (different), and I can argue their merits. But as a dinghy Junior tester, I will pass someone who can get to a stop right next to the target consistently using a procedure I've never seen before. The results count more than the method.

I want to talk about a procedure that works on  keelboats but not on dinghies, the Quick Stop. It was developed by the US Naval Academy some decades ago when they looked at the various procedures and didn't like any of them, so they invented a new one. What they didn't like was that in the all of the others, you tended to get too far from the COB, and so you might lose them in certain conditions (at night, in heavy seas, or both, exactly the kind conditions where it might happen). So they developed a procedure where you stay very close to the COB throughout the maneuver. This is the Quick Stop, and you'll see a number of descriptions online. I've experiemented with this on our boats (Commander and Merit) in various conditions with various sail plans, and this is what I think will work.

Basically, you tack around and leave the jib backed. Then you do a rough circle around the COB with the main sheeted in all the way, trying to get about 2 boat lengths away when you are going downwind abeam of the target. You gybe when you are clearly downwind of the target and round up hard (main is still sheeted in at this point). Then you blow the mainsheet and slow sail to the COB, which should be a boat length or so away.

Here is a diagram. 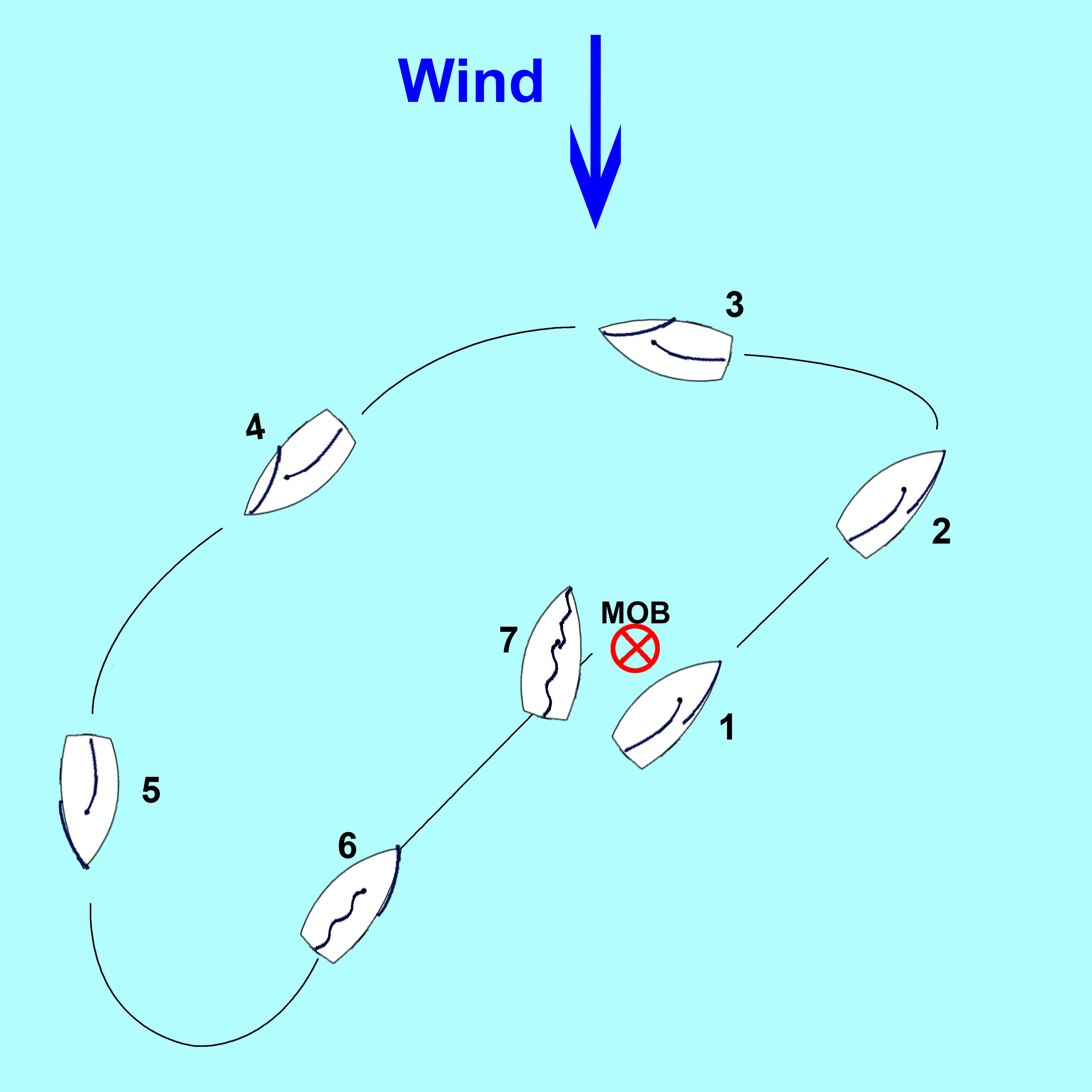 And with descriptive text 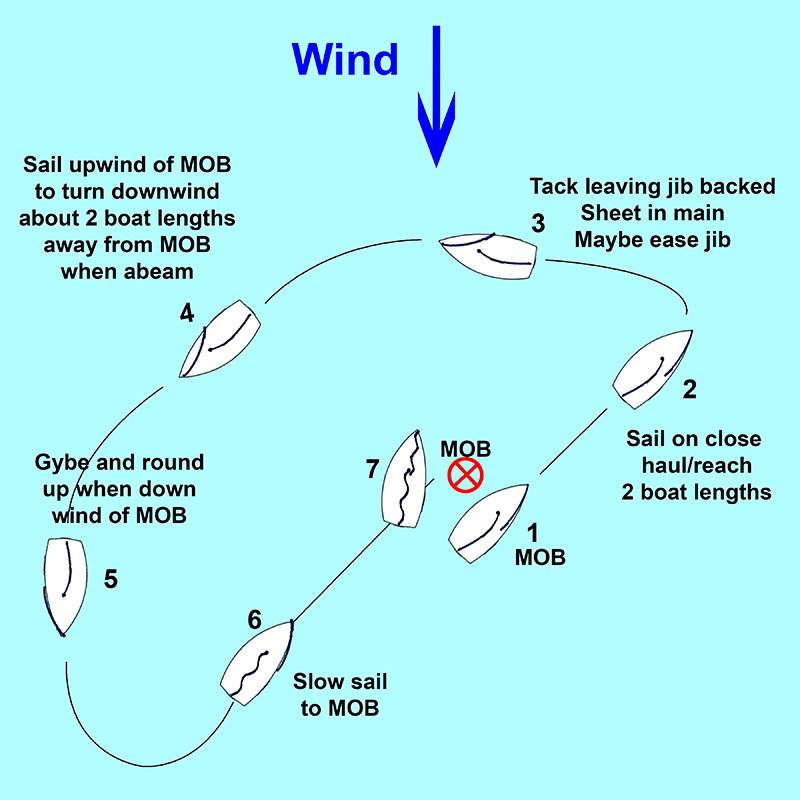 I'll elaborate on the steps.

In practice sessions in 15+ knots and the corresponding waves, people inexperienced in this maneuver were able to nail it on the first attempt.

A long-standing cruising skipper said that you  should certainly learn a number of different COB procedures, but have one that you go to automatically if it happens to you in real life. In other words, the one that you feel most confident with, and know you can do, 100%, without thinking. This is very wise advice. Of course, extenuating circumstances may dictate that another maneuver is more appropriate, so it's good to have practiced several.

The Quick Stop is my personal go-to procedure on a keelboat, but like I said I'm not religious about it. It has some disadvantages, including maybe having to ease the jib after the tack, depending on conditions and the sail plan. A larger disadvantage is that the gybe and round up can be pretty dramatic in higher winds, so passengers have to be prepared for it (you don't want two people in the water because someone fell out on the round up). But the advantages are there.

That said, if you can do a broad reach out/close reach return in a couple of boat lengths, you have the same advantages. If you can do it ...