The State is late paying us $17,000 for the 15 novice windsurf boards that we’ve already paid for and that DBW has already approved for reimbursement.  We should collect at least $300 in penalty charges for the late payment. There’s also $2,690 more in DBW grant money to reimburse us for money we’ve already spent on a deposit for keelboat sails.

The budget is in good shape overall.  The figures below include all the budget changes passed by Excomm, but do not include the member loan in income.  Considering the expected income from DBW reimbursements for items we’ve already purchased, income and spending are very close to each other.  The expected membership income does not include the dues increase passed in May, to take effect at the start of 2019. I project that would increase income by $7,000, if actual income only increases by 70% of the theoretical increase calculated from Jan – April 2017 membership sales numbers and the increase in dues for each membership type. 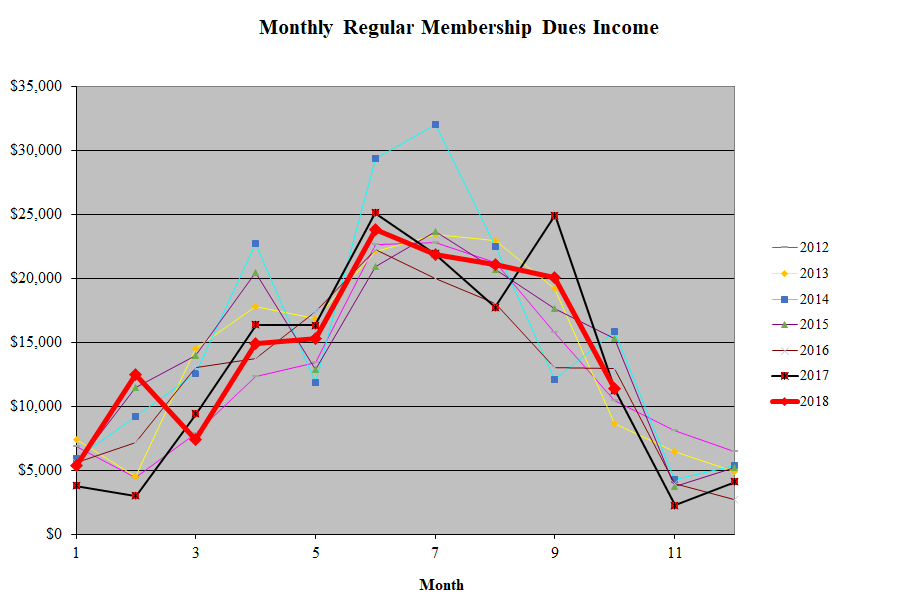